By default, most of the slicer profiles available for this printer use a minimal bed leveling approach, using only four test points. As this sensor has enhanced capabilities compared with the default switches, it is beneficial to use a higher number of probe points. This can be done witout modifying the printer's firmware, by simply changing the startup bed leveling command:

An enhanced web interface is available from GitHub user nokemono42 that incorporates all of the available probe density options. 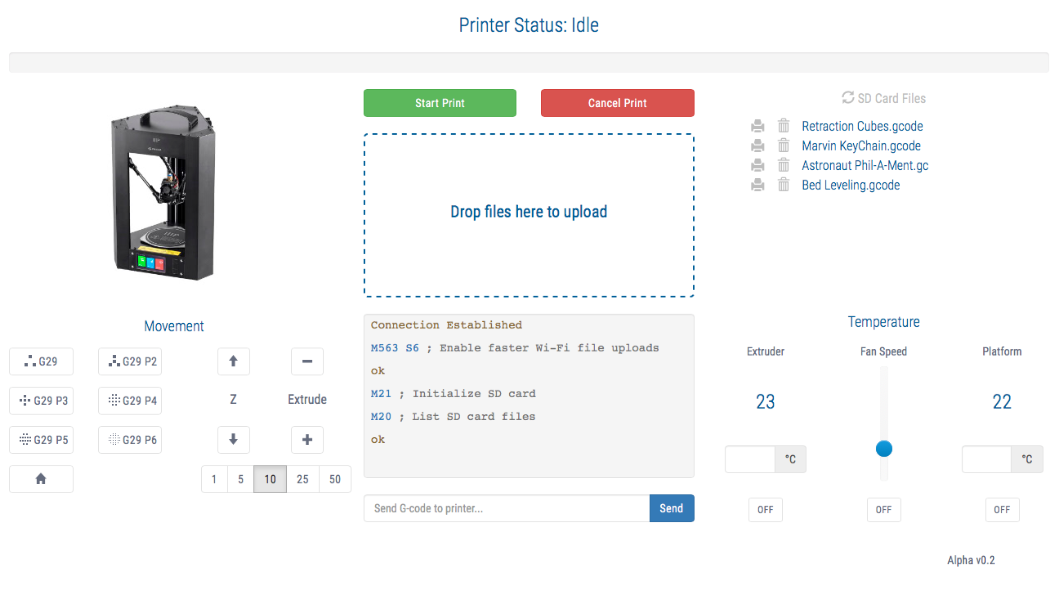